Choupichoup is a game about learning, sharing and loving.

You can learn symbols by getting close to them, and reveal the color of ideas.
Once you learned enough, you will share together all the thoughts.
Symbols generation is procedural and random. There is no meanings behind any combinations of symbols.

The project was originally started with Ludum Dare #33 (theme : You are the monster)
But it was not finished on time (my submission for Ludum Dare #33)
This is a very special version made with love for Oujevipo Contest #2

Music is from Jassummisko, it’s called Temping
Thanks Ben for the sound of children laughs

The first idea for a game concept was a system of floating entities.
Entities was following a bigger entity with a concept, a moral symbol or a social subject.
I’ve remembered a class by Alain Lioret about the IA behavior called boids or flocking, and I really wanted to develop further this algorithm : boids pseudocode 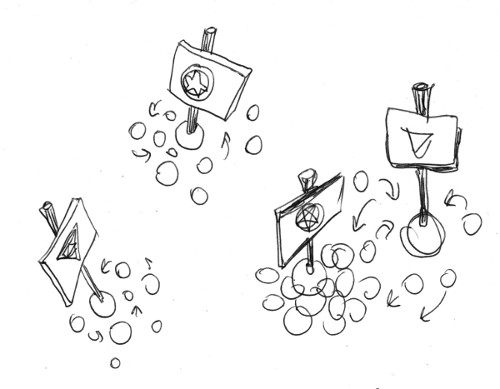 Later, the Ludum Dare #33 was starting soon, the warmup weekend was open.
I decided to code early on the boids engine, so I could have time to make more illustrations
I finally made a boids prototype that could display a message and had collisions
(boids prototype) (demo video) (prototype source)

A debug view to see what is happening behind the bubbles :

Then ! The game jam start and I’m starting to have a new idea :
Like in horizontal scroller, you control the character’s thoughts, and have to avoid rectangular signs.
The game would take place in a subway for example, and the signs would be oppressive ads like in the movie They Live.
You would had to collect letter on the road to discover a message a the end of the level.

After failing at rewriting a rectangular collision system (something already done in the past!)
I focused on the actual game mechanic and was inspired by Osmos
Big bubbles can absorb little ones. Absorbing make the bubble grows and splits when large enough.

I’ve quickly saw that the rhythm and the speed of the boids did not fit.
And there was no real balance of anything so the bubbles was multiplying themselves indefinitely.
So no more growing and shrinking, just absorption and resorption.

The theme of Ludum Dare #33 was You are the monster,
so I’ve tried something with sad and depressing thoughts. 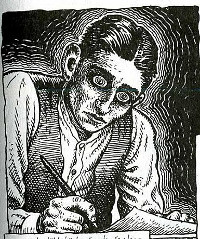 I’ve tried an aesthetic of black and white with inspirations like
Idées Noires of Franquin or the drawings of Robert Crumb.

But I was in vacation at the country-side, then the time runs out like wooow!
And the 72 hours of game jam was over. (my submission for Ludum Dare #33)
So I accepted to not finish it, because the real thing was the Oujevipo Contest #2.

The jam version, the project sent before the dead-line was far away from being finished.
I’ve reboot the project and optimize performance.
It was time to do research and development again !
Tweaking boids rules and balance of power to get a satisfying behavior.

But hey ! It’s time to actually do a game !
With a goal, levels, scores, sounds, musics and all the rest.

The Oujevipo Contest #2 is a game jam organized by Pierre Corbinais and Xavier Girard.
It succeeds the No Future Contest which took place in 2013 and whom games were exhibited during the Retro (no) Future Festival in Cergy (France)

For this edition, the 10 best games will be exhibited on custom made arcade cabinets in various locations, starting with La Minoterie in Dijon (France), and the very best (according to the jury) will earn a 800€ cash prize.

The theme of this edition is KIDS (6-13 years old)

From the many constraints, I’ve first choose :

#9 The Quiet Game: the game doesn’t contains any text/voice (that includes title screen and instructions)

And when it was time to make a game, I’ve made a toy :

#10 Calvinball: the players fix the rules of the game themselves

From a toy to a game

So this great boids engine has to find some purpose !
Since you can absorb and resorb thoughts, may be the game could be a puzzle where you have to manage thoughts of people ?

A character would appear and would think about ideas, those ideas have a certain color.
When you absorb all the thoughts, you reveal the personality of the character,
and you know what the character wants.
So I’ve started a game logic based on distribution,
It’s about learning (absorption), sharing (giving) and loving (distribute what one wants) 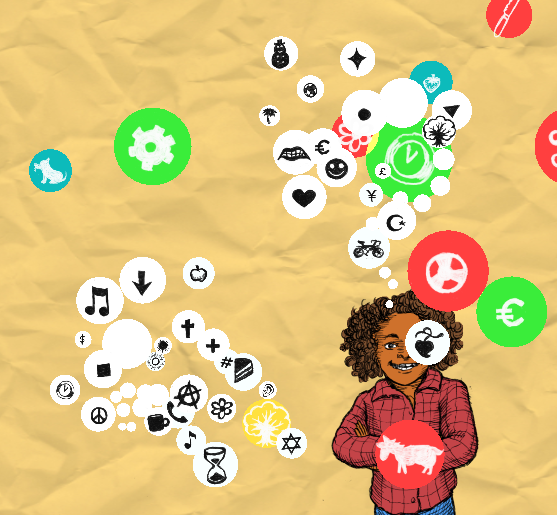 It was actually fun, challenging and the message of learning, sharing and loving was deeply connected to the game mechanics. But the mechanic of giving and the balance of power was too subtle to explain without text (because of a chosen constraint) and making excellent level design, that makes you learn basics and shows progressions and variations is really hard and was too much work for the time left.

After seeing people playing the game without help and failing at understanding what to do, I’ve decided to let it as a toy !

From a game to a toy

Oujevipo Contest #2 is for the KIDS !
It’s already fun, why so complicate ?
So time to reboot the project ! The last one I swear !
The new game experience is easy and inspired by the satisfaction of absorbing like in Katamari Damacy

There is no more an entity that is waiting and wanting for something in particular.
Just people appearing and thinking about stuffs.
No levels, only characters. And when they all passed, a celebration screen appears.
And then we restart to show everybody again.
This will happen no matter what you do, so you can do whatever you want without pressure or a slowing down.

There is still things that happen when you absorb all the thoughts of some one :
you will celebrate together by sharing colorful ideas

There will be the same celebration when you absorb a certain amount of knowledge.
That threshold of maximum bubbles is because what you get is what you give. (and for the sake of the frame rate)

So ! The code is in a good shape and the game is fun. Finally I can focus on the illustrations !

Drawings are hand-made. I used a bic on a classic A4 paper. Colors are made with Gimp.
I draw comics, I’m going to translate some of them, meanwhile if you read French here is my fanzine 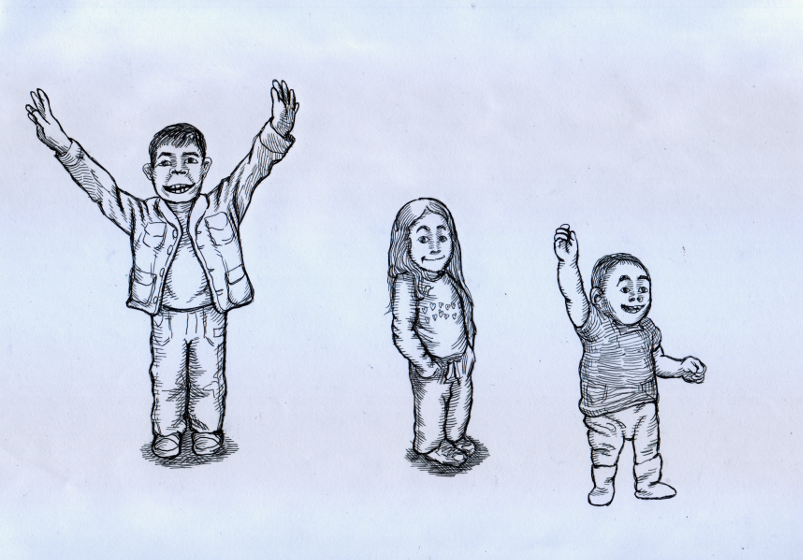 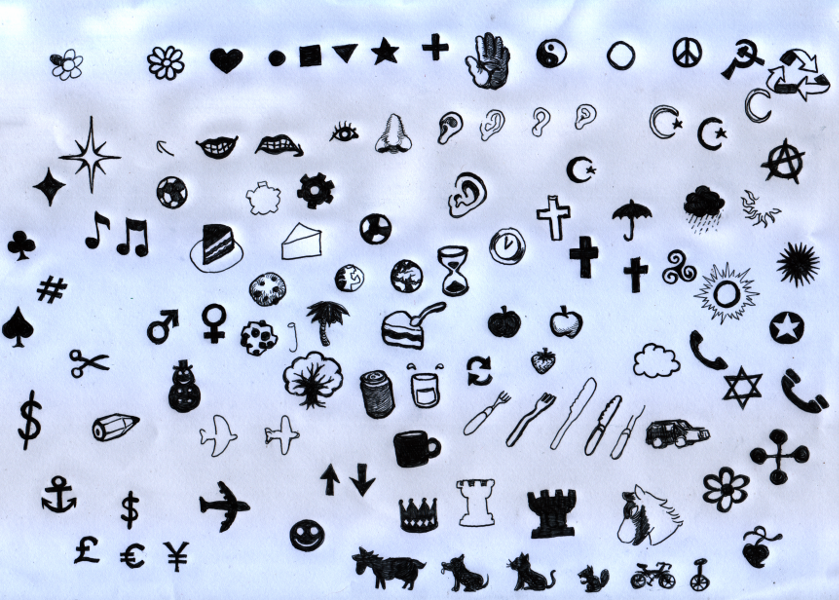